Migrating your tests from Appium 0.18.x to Appium 1.x

Appium 1.0 has removed a number of deprecated features from the previous versions. This guide will help you know what needs to change in your test suite to take advantage of Appium 1.0.

The biggest thing you need to worry about is using the new Appium client libraries instead of the vanilla WebDriver clients you are currently using. Visit the Appium client list to find the client for your language. Downloads and instructions for integrating into your code are available on the individual client websites.

Ultimately, you'll be doing something like (to use Python as an example):

The following capabilities are no longer used:

Instead, use these capabilities:

The app capability remains the same, but now refers exclusively to non-browser apps. To use browsers like Safari or Chrome, use the standard browserName cap. This means that app and browserName are exclusive.

We have also standardized on camelCase for Appium server caps. That means caps like app-package or app-wait-activity are now appPackage and appWaitActivity respectively. Of course, since Android app package and activity are now auto-detected, you should be able to omit them entirely in most cases.

We have now added the accessibility_id strategy to do what name used to do. The specifics will be relative to your Appium client.

tag name has been replaced by class name. So to find an element by its UI type, use the class name locator strategy for your client.

Note about class name and xpath strategies: these now require the fully-qualified class name for your element. This means that if you had an xpath selector that looked like this:

It would now need to be:

(And likewise for Android: button now needs to be android.widget.Button)

Refer to your client for ways to use these new locator strategies.

App source methods, which previously returned JSON, now return XML, so if you have code that relies on parsing the app source, it will need to be updated.

Hybrid support through context, not window

Hybrid apps were previously supported by switching between "windows" using

Now Appium supports the more conceptually consistent concept of "context". To get all of the available contexts, or the particular context the application is is, you use

And to switch between them, you use

All the mobile: methods have been removed, and have been replaced by native methods in the Appium client libraries. This means that a method call like driver.execute("mobile: lock", [5]) will now look something more like driver.lock(5) (where lock has been turned into a native client method). Of course, the details on calling these methods will differ by client.

And that's it! Happy migrating! 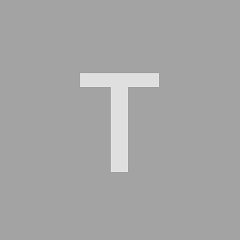